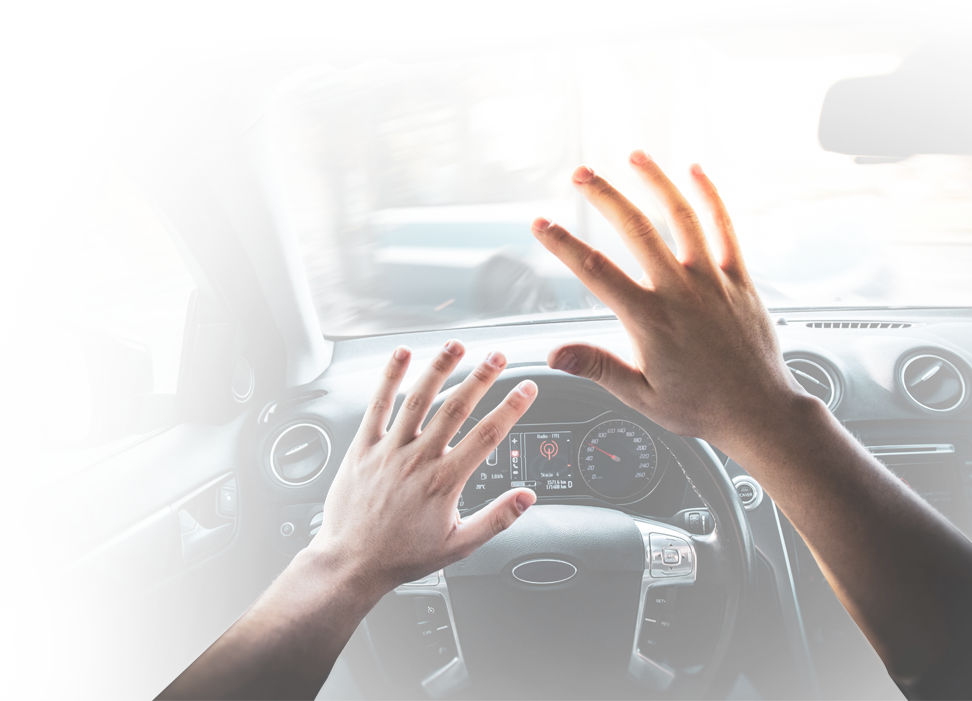 A car accident can cause significant financial losses and debilitating injuries.

With the help of the Tawwater Law Firm in Oklahoma City, OK, you can collect compensation for losses caused by a negligent driver.

I've been in an accident. What would a car accident attorney advise me to do?

What to Do  Immediately after a Car Accident

If you do not have serious or life-threatening injuries following a car accident, you should:

Call the police. A police report will help establish who is at fault, so be sure to obtain a copy of this document.

Do Not Admit Fault

Apologizing for the accident can be seen as an admission of fault. Refrain from saying "sorry" even if you think the accident was your fault.

Get photos of damage to both vehicles and other property.  Also take photos of injuries that resulted from the accident. These images will help us build a stronger case.

Get the name and contact information of any bystanders who saw what happened during the accident.

Even if you do not have any noticeable injuries, you should see a doctor. Many injuries, like traumatic brain injury, are not immediately noticeable, but can have serious lifelong consequences.

Delaying legal action could affect the outcome of your case. Schedule a consultation with a lawyer at our Oklahoma City firm to determine whether you should file a personal injury lawsuit.

Do not sign anything or settle with an insurance company until you have discussed your case with a lawyer.

While insurance companies are interested in protecting their own assets, an attorney is dedicated to your best interests. Our Oklahoma City attorneys work with medical experts and economists to determine the full extent of your losses, calculating how they will affect you for life.

Get the Care You Need

Hiring an attorney gives you the peace of mind and time you need to focus on your recovery. A lawyer can also arrange all aspects of medical care with a trusted medical provider.

In most states, there is a limited amount of time in which to file a personal injury lawsuit. Because the statute of limitations in Oklahoma is two years after the date of your injury, you need a lawyer who can help you file a claim in a timely and correct manner.

What types of injuries can you sustain in a car accident?

*According to the State of Oklahoma Highway Safety Office.

Worried that legal help will be too expensive?

You Can Afford Legal Representation

Our Oklahoma City attorneys want to make legal representation accessible for every victim.

For this reason, our firm offers:

What kind of compensation can I recover in a lawsuit with your Oklahoma City firm?

Medical bills can add up to hundreds of thousands of dollars, if not more. We can pursue an amount of compensation that will cover all of these expenses.

If you sustain a serious injury, you will most likely have to take time off of work. This can put a heavy financial strain on your family, especially if you are the primary breadwinner.

Many injuries can prevent you from returning to work long-term or even for a lifetime. A lawyer can help you recover compensation if your ability to work is compromised.

Many injury victims require long-term or lifelong rehabilitation, therapy, or in-home care. One of our Oklahoma City lawyers can help you collect compensation to cover these costs.

In addition to the tangible damages, you may experience an overall decreased quality of life due to anxiety or depression. A lawyer can help illustrate how pain and suffering resulting from your accident affect your life.

A car accident can lead to the death of a loved one. You could be entitled to compensation for funeral arrangements, loss of consortium, and loss of income.

So are damages only based on my losses?

Compensatory damages are intended to make the victim whole again by covering the cost of medical bills, property damage, loss of income, loss of earning capacity, and more.

Punitive damages may be awarded as a means of punishing the responsible party. For instance, if the negligent party acted especially recklessly, he or she may be ordered to pay punitive damages.

A serious car accident can be one of the most frightening and traumatic experiences of your life. If you or a loved one believe you have been injured due to another party's negligence, the car accident lawyer team at the Tawwater Law Firm in Oklahoma City, OK, can provide the outstanding legal services you need. Backed by nearly 40 years of experience, our attorneys have successfully represented hundreds of accident victims. Our aggressive approach in the courtroom, combined with genuine compassion for our clients, can help relieve your burdens while getting you the settlement you deserve.

To learn more about what our services can do for you and your family during this difficult time, contact The Tawwater Law Firm online or call us at (405) 607-1400.

Identifying and documenting the cause of an automobile accident is one the key concerns at our Oklahoma City firm. Some of the most common causes of auto accidents include:

Typically, car accidents are not the result of mechanical malfunction, and instead are due to driver error. We can provide exceptional representation for car accident victims in both product liability and driver negligence cases, as well as other types of vehicle accidents, including truck accidents and SUV roll-overs.

In the state of Oklahoma, driving under the influence (DUI) of drugs or alcohol or driving while intoxicated (DWI) is illegal. First time offenders with a blood alcohol concentration (BAC) of 0.08 or greater can be charged with a type A misdemeanor. Drivers convicted of a second DUI face a felony offense. Even those with a BAC lower than the 0.08 legal limit can still have criminal charges filed against them. For instance, reckless driving charges may be brought against drivers with a BAC of 0.06 to 0.07. Under the state’s zero tolerance law, it is illegal for drivers under the age of 21 to have a BAC above 0.0.

Distracted driving is defined as driving a motor vehicle while engaged in another activity. This can include talking on the phone, using a navigation system, or eating. One of the most dangerous and common forms is texting while driving. Reading, composing, and sending a text involves each main type of distraction: visual, manual, and cognitive. As a result, a driver who is texting is not looking at or thinking about the road as they should, and he or she does not have the both hands on the wheel.

This behavior is particularly prevalent among younger drivers. According to the National Highway Traffic Safety Administration (NHTSA), drivers under the age of 25 are considerably more likely to text while driving than all other age groups. An astounding 71 percent of teens and young adults (ages 21 to 24) admit to having composed and sent text messages while driving. Nearly 80 percent from the same age group say they have read a text message while driving. The incidence of texting while driving falls with every age group, and less than one percent of drivers 65 and older report that they text while driving.

An accident is considered a rear-end collision when a vehicle hits another vehicle directly in front of it while both were moving in the same direction. It is generally easier to prove who is at fault in a rear-end collision compared to other accident types. Nonetheless, it can be difficult to prove that injuries were a result of the collision. Injuries sustained at low speeds often include whiplash and lacerations and bruising to the face and head as a result of airbag deployment. At higher speeds, passengers in the front car usually endure more serious injuries, which often involve:

Hiring a Lawyer vs. Settling Your Claim

Alternatively, a lawyer is interested in protecting your best interests and helping you recover the maximum compensation possible. We work with medical experts and life care planners to determine how your injury will affect you for the rest of your life. A lawyer with our Oklahoma City firm can also help you recover compensation for non-physical losses including pain and suffering.

At the Tawwater Law Firm in Oklahoma City, we understand that no amount of monetary compensation can make up for health issues resulting from a car accident, or the passing of a loved one. Instead, our goal is to help you recover compensation that can get you back on the path to recovery.

The total cost of an automobile accident can be staggering, including medical expenses, funeral arrangements, loss of family support, personal property damage, lost wages, and more. This financial fall-out can create monetary and personal uncertainty for individuals and their families. Our Oklahoma City team is here to help, and our legal expertise can help secure the financial means you need to move forward.