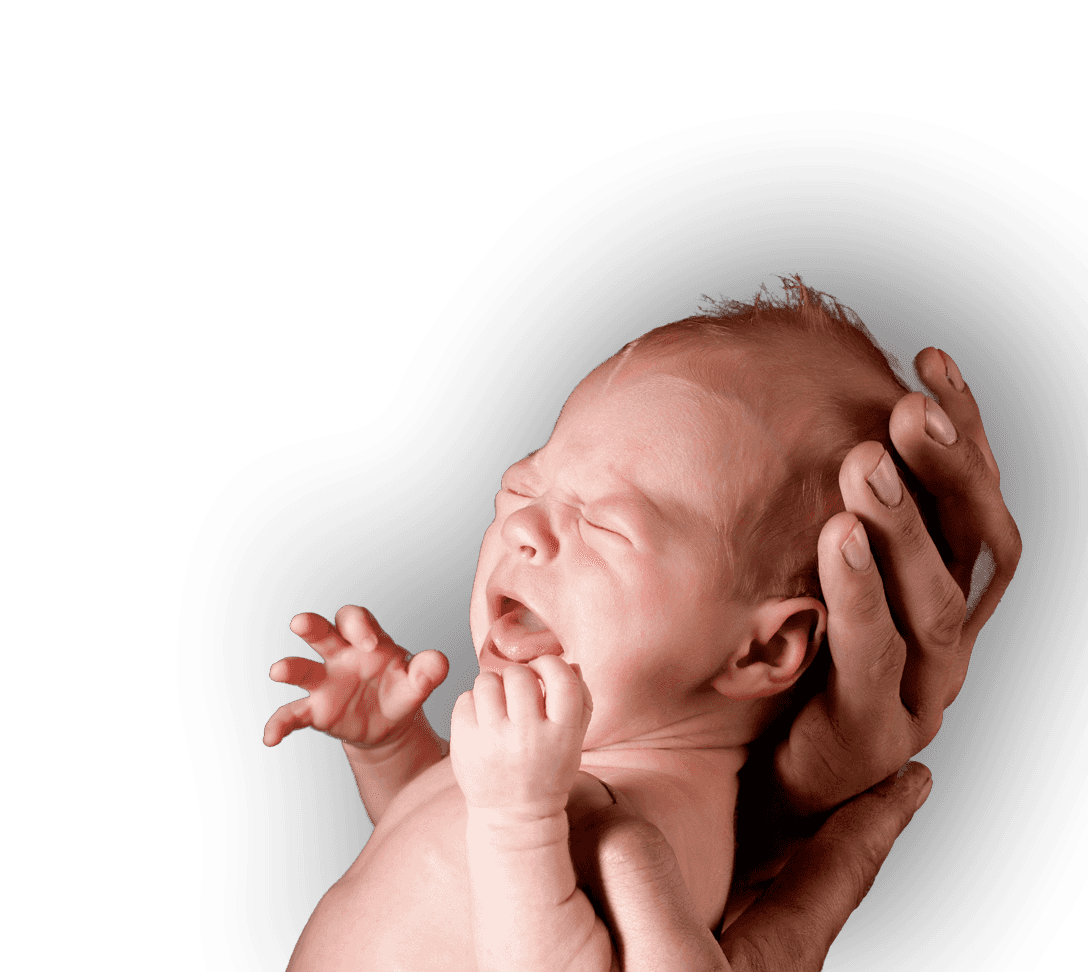 The negligence of a medical professional can lead to birth injuries that drastically impact your child's health and quality of life.

The medical costs and distress can be overwhelming. The birth injury attorneys at The Tawwater Law Firm can help you fight for compensation.

Childbirth should be a joyous experience. Unfortunately, when medical professionals who are responsible for delivering a baby fail to adhere to accepted standards of care, a child's risk of developing a birth injury can increase. Cerebral palsy and Erb’s palsy are just two examples of conditions that can result from a medical practitioner’s negligence. While many children go on to experience full lives following a birth injury, this is often only possible after years of extensive therapy. If you need an outstanding birth injury lawyer, contact our practice today. We serve clients in Oklahoma City and throughout the state, and can perform a free evaluation of your case.

It requires a great deal of knowledge and care to ensure a woman has a healthy pregnancy and childbirth. While the vast majority of healthcare professionals provide services at acceptable and safe levels, a substandard provider can commit some of the following errors during labor and delivery:

If you suspect one of these common causes or another similar circumstance led to your child’s birth injury, our expert medical malpractice lawyers can review your case and help you determine your next legal steps.

Birth injury can result in a number of developmental disorders and health problems. Two of the most common conditions resulting from birth injuries are cerebral palsy and Erb’s palsy.

An estimated 10,000 babies born in the U.S. will develop cerebral palsy each year. This condition can be caused by low levels of oxygen reaching the infant's brain before or during birth, and can be the result of negligence on the part of the doctor, hospital, or medical staff. If you believe your family has been affected by this type of medical malpractice, you can obtain compensation with the help of an experienced cerebral palsy lawyer.

Causes of the Condition

Cerebral palsy is the term used for a group of neurological disorders that affect body movement, posture, and muscle coordination. Some children with the disorder also have sensory, communicative, and developmental impairments that may limit their ability to perform normal self-care tasks. The condition is often attributed to damage in areas of the brain that control the nerves that regulate muscle function.

There are a number of potential causes for this brain damage, including gene mutations affecting fetal brain development, maternal infections, perinatal arterial stroke, infant infections, traumatic head injury, or a lack of oxygen to the brain. Oxygen deprivation is often related to a difficult labor or delivery, and may involve negligence. Medical malpractice may be implicated if a doctor or other practitioner caused or contributed to a problem that occurred during the gestation or birth.

Examples of these mistakes can include:

In some cases, brain damage occurs after birth, in the neonatal unit. Negligent care or monitoring of premature newborns has been linked to brain damage caused by accidents, untreated jaundice, and equipment failures.

Although most effected babies are born with cerebral palsy, a child’s diagnosis may be delayed for many years. In some cases, the child is a toddler or preschooler before the condition is formally diagnosed. Oklahoma’s statute of limitations laws take this time delay into account for birth injury cases. A cerebral palsy lawsuit can be filed in Oklahoma up to seven years after the time the injury occurred.

Effects on Quality of Life

It is devastating for any parent to learn a child has been catastrophically injured by a preventable accident. Most children with cerebral palsy can live long, productive lives, but ongoing medical care will almost certainly be involved.

Depending upon the degree of brain damage, symptoms of cerebral palsy will range from very mild to quite severe. In addition to abnormal muscle tone and movement, symptoms and disabilities may include:

Coping with cerebral palsy can be extremely difficult for many families. The difficulties associated with special needs children can produce an extraordinary amount of stress, which is exacerbated by the ongoing costs of supportive care. In severe cases, the child will require significant assistance to perform everyday functions such as eating and walking. Comprehensive expenses for medical care, special education services, and developmental assistance can add up quickly. Parents must also consider the future needs of their adult child. There may be assisted living requirements and a need for care long after the parents are gone.

It takes a seasoned medical malpractice firm to protect your best interests and help you collect full and just compensation. Our reputation is backed by a strong record of results, including a number of multi-million dollar verdicts and settlements for medical malpractice cases.

Erb’s palsy is a partial or total paralysis of the arm resulting from injury to a nerve branch called the brachial plexus. These nerves branch out from the spine into the shoulder, and down the arm into the wrist. Most commonly, Erb’s palsy is caused during childbirth. It generally results from the baby’s shoulder being impinged behind the mother’s pelvic bone. In these cases, the tissues and nerves in the child’s shoulder are stretched or torn, resulting in injury and paralysis to the area. Fortunately, the effects of Erb’s palsy can be diminished through therapy designed to improve physical function.

If your child has suffered an injury, you may be able to hold the doctor or another negligent medical professional responsible. Unless the physician is an independent contractor, a medical organization as an entity can be held liable for several reasons, including a failure to make reasonable inquiries into the medical professional's qualifications or insufficient staff on duty. Your lawyer can evaluate the events and documentation surrounding your child's injury to ensure all of the appropriate parties are held responsible for their actions or lack thereof.

Why You Need  a Birth Injury Attorney

The legal process can be complex, especially when medical issues are involved. A seasoned attorney can educate you and help you navigate through each step of your case.

An Advocate on Your Side

Facing a medical corporation can be a difficult feat. They have substantial resources, and often the best legal representation, at their disposal. Hiring a lawyer is critical to establish the best chance at securing financial compensation.

The financial, physical, and emotional consequences of a birth injury can be devastating and often last a lifetime. A knowledgeable legal team can help you maximize your compensation to help ease the burden and improve your child's future.

Our Team  Is On Your Side

At The Tawwater Law Firm, we understand the hardship your family is facing and are dedicated to providing responsive, professional, and ethical legal services. Our attorneys firmly believe that medical professionals should be held to the highest standards. We are committed to helping you seek justice and to recover fair compensation for your suffering. Our firm has been established for over 40 years and has the resources and extensive knowledge of medical malpractice lawsuits to achieve the best possible outcome.

If you believe a healthcare provider or medical facility may be responsible for your child's condition, it is imperative to consult with an attorney who can help you collect the compensation you need - and the financial support your child deserves. In a severe birth injury case, legal damages can be extensive, including ongoing medical care, lost wages, and pain and suffering. At The Tawwater Law Firm, we utilize expert resources to thoroughly substantiate our clients’ damages, including those anticipated well into the future.

Although many cerebral palsy and erb's palsy cases involve medical error, demonstrating liability can be extremely difficult. The facts of these cases are often highly technical and must be analyzed and interpreted by medical experts. To prove your medical malpractice case, your attorney must provide clear evidence of negligence on the part of a healthcare provider. It must be shown that his or her action or inaction resulted in treatment that falls below a standard of care, and that this likely caused the injury to your baby.

The Tawwater Law Firm's experienced attorneys anticipate defense strategies and move proactively to deflect them. We also utilize experts to interpret data and other crucial evidence that demonstrates negligent care. It takes a seasoned medical malpractice firm to protect your best interests and help you collect full and just compensation. Our reputation is backed by a strong record of results, including a number of multi-million dollar verdicts and settlements for medical malpractice cases.