If you were hurt by the negligence or wrongdoing of another party, you need a legal advocate. Finding the right attorney is key.

Personal injury lawyer Larry A. Tawwater of Tawwater Law Firm, PLLC in Oklahoma City, OK, has been protecting the rights of victims for nearly five decades, helping many clients recover millions in compensation.

Read on to learn more about Mr. Tawwater...

Larry A. Tawwater of the Tawwater Law Firm, PLLC, in Oklahoma City has been a personal injury attorney since 1972. He has successfully represented clients in a wide range of personal injury cases involving catastrophic injuries and wrongful death. Many of his cases involve defective products, explosions, nursing home abuse, medical negligence, automobile accidents, truck collisions, and wrongful conduct by insurance companies. As a personal injury lawyer at the Tawwater Law Firm, he has helped many of his clients recover multimillion-dollar verdicts and settlements.

If you or a loved one has suffered a personal injury caused by the wrongdoing or negligence of another party, schedule a consultation with personal injury lawyer Larry A. Tawwater at our Oklahoma City, OK, location by contacting us online or calling us:

We are conveniently located at 14001 Quail Springs Parkway.

Larry Tawwater has been in practice since 1972, representing clients in cases of personal injury, product liability, medical negligence, and more.

An Authority in His Field

Larry has been appointed on three different occasions by Governors of Oklahoma to serve on special task forces to study and make recommendations on important legal issues.

"I would recommend them."

This law firm is top notch, and I would recommend them on any personal injury lawsuit. They get the job done! Lisa B.

Larry has also successfully handled class action suits, including one in which workers' compensation insurance companies in Oklahoma were forced to pay back over $30 million in premiums to approximately 25,000 Oklahoma employers, and another where a health insurance company was forced to pay back nearly $4 million - every penny it had overcharged its insured's - through a co-pay scam. He has also successfully handled mass tort cases, such as the breast implant litigation, in which he and the firm represented over 800 women.

In recognition of his accomplishments in the courtroom, Larry has been admitted into the American College of Trial Lawyers, International Academy of Trial Lawyers, the International Society of Barristers and The American Board of Trial Advocates. These organizations invite only the top trial lawyers in the country to become members. Larry is also listed in the book, The Best Lawyers in America. He has an AV rating from the Martindale-Hubbell Law Directory, reflecting the highest rating for skill and ethics. He is also listed in Martindale-Hubbell's Bar List of Preeminent Lawyers. Larry is a past president of the Oklahoma Trial Lawyers Association and currently sits on the Board of Governors of the Association of Trial Lawyers of America, the nations' largest trial lawyer organization.

Larry has lectured extensively, presenting over 30 papers on trial practice to various lawyer groups and speaking frequently at law schools. His efforts have been recognized by the Oklahoma Bar Association, which awarded him the Earl Sneed Continuing Legal Education Award. He has also appeared frequently before civic groups to speak to the public about the importance our system of justice.

For 20 years, Larry has been actively involved in lobbying on behalf of the Oklahoma Trial Lawyers Association on issues of importance to consumers. He has worked for the passage of legislation protecting consumer rights, including the HMO Accountability Act which gives members the right to sue their HMO. He has also worked successfully against legislative attempts to limit consumers' access to justice, particularly opposing efforts by big business to gain an unfair advantage over consumers in the courts.

In addition to his litigation practice, Larry has been active in efforts to strengthen the civil justice system and ensure individuals' access to the courts. Among these efforts has been his work on the committee that rewrote the Oklahoma Pleading Code, the set of statutes that prescribe the rules for bringing litigation in Oklahoma. Additionally, he was actively involved in drafting and lobbying for numerous Oklahoma statutes dealing with the rules for litigation in Oklahoma.

Through the years, he has also helped draft committee commentary to many Oklahoma statutes. The courts and practitioners look to the commentaries to better understand and correctly interpret statutes. Larry has also published papers and taught lawyers and judges about these statutes. 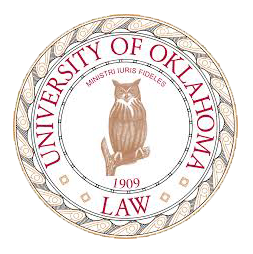